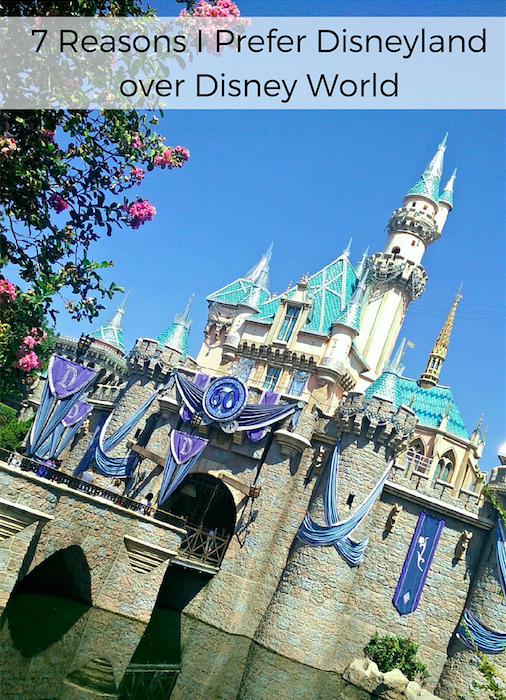 Many people have an opinion on which Disney Park is better.   I don’t believe one is actually better than the other, they both have features that I enjoy more than the other.   It’s not as easy to take a last minute trip to Disney World anymore, you really have to plan in advance, which isn’t necessarily the case for Disneyland.  I can decide a month before that I want to go to Disneyland and use Get Away Today  or Costco Travel to book my hotel and tickets and I am pretty much good to go.  Here are 7 reasons why I prefer visiting Disneyland over Disney World.

Location – Since I am on the West Coast (Washington state to be exact) traveling to California is so much easier than traveling to Orlando. Add the fact that there are 4 airports near Anaheim it makes traveling even easier and cheaper.  We recently were able to score tickets on Alaska Airlines for only $64 each way. That was an amazing deal and way cheaper than anything we could get flying all the way over to Florida.

Weather – The weather in California is almost perfect year round.   The summer months in Orlando are way too humid for this Washington girl.  Plus, Orlando gets some crazy rain storms too.

Fast Pass Options – Since Disney World switched to Fast Pass+ we personally have found we aren’t able to ride as many rides as we have in the past.   At Disney World you are only allowed 3 Fast Passes pre-selections per day and in order to get the really popular rides you have to book them in advance.   We booked 60 days in advance for our upcoming trip and we still weren’t able to get some of the more popular or newer rides like Seven Dwarfs Mine Ride.   Now, that Disneyland has MaxPass it makes getting Fast Passes a breeze.  I love it!   I should mention that Disney World will give you an option of one more Fast Pass once all your other 3 have been used, but usually by the end of the day all the good ones are gone.

Convenience – I love, love, love that you can stay at a hotel within walking distance of both Parks and Downtown Disney.   You can walk 5 minutes and be at either park.   Traveling to the different parks at Disney World takes way more time, sometimes 3o minutes or more.

Rides – Many of our favorite rides seem to have better versions at Disneyland.   Buzz Lightyear Astro Blaster’s is way better at Disneyland.  Disney World needs to cut those cords, am I right?  Pirates of the Caribbean is nearly twice as long at Disneyland.   I know there are rides that are exclusive to each coast, but some of our family faves are in California like Radiator Springs Racers, Indiana Jones and the new Incredicoaster on Pixar Pier.

Nostalgia – There is something special knowing that Walt Disney was a part of nearly every aspect of the building of Disneyland.  He was actually there, he walked down Main Street USA and even stayed in the apartment above the firehouse.  That is magical my friends!  Simply magical.

Dining – You may think I am crazy on this one because there are so many more dining options at Disney World, but we have found many restaurants at Disneyland that we enjoy visiting.   It’s not necessarily the selection of the restaurants, but the ease in which you can get a reservation and the fact that you can walk to all the restaurants.  I like the fact that in most cases you don’t need to make reservations 90 days in advance to get a table at Disneyland (there are a few exceptions like the new Lamplight Lounge).   That is not always the case at Disney World.   As an example, it is so hard to get a reservation at O’hana and a few others even when you book well in advance.

Do your family have a preference when it comes to the Disney Parks?   Do you prefer Disneyland or Disney World?  I’d love to hear your reasons (location, weather, etc). 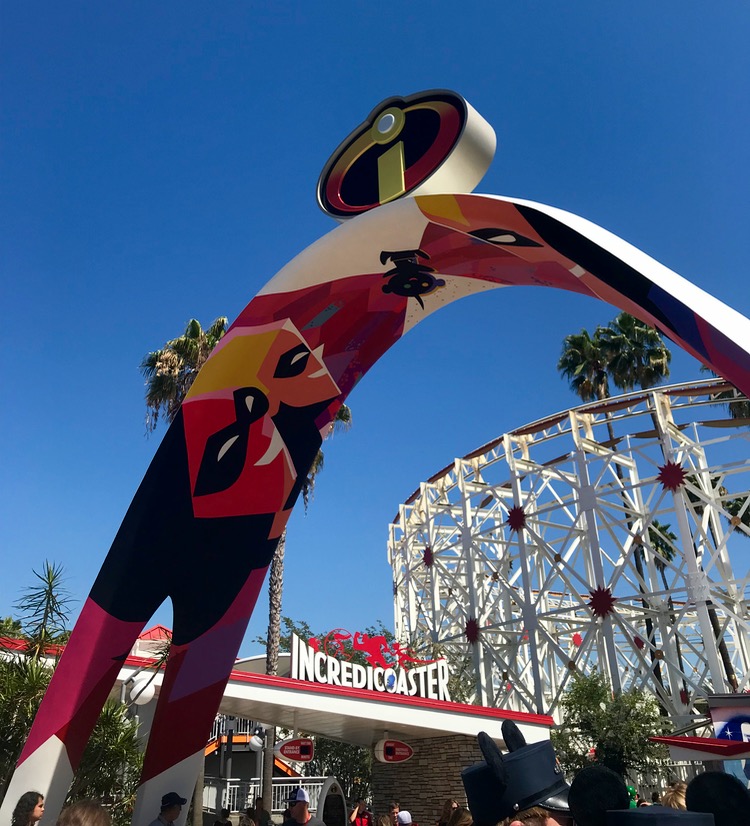 If you have a Disney vacation planned make sure you check out some of my other Disney posts (we are huge Disney fans):

We help you squeeze the most out of every day by sharing great recipes, creative projects, fun travel destinations, and some of our favorite products.

Stay in the Loop